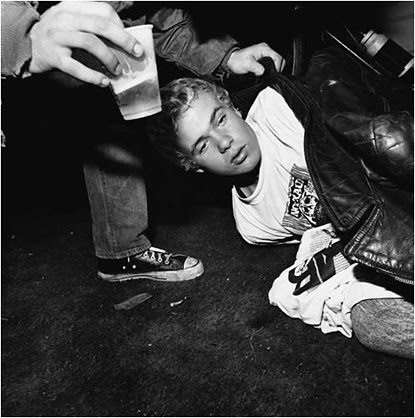 The 1st pictures I saw by Thatcher Keats were flash closeups of very drunk & stoned teenagers. I got the impression from the friend who told me about him that these were taken early in his career, that he settled down some as he got older. I can see that. But the pictures are still as blunt as a whack from a hammer, even when they're tender & funny, like some of the shots in the The Kids series. I think this guy is terrific.
Posted by Tim Connor at 11:43 PM
Email ThisBlogThis!Share to TwitterShare to FacebookShare to Pinterest

Thanks for the props, bub.

Agreed. Keats is magnif. Takes one to know one, Connor.

Thank you, Mr. Hodges.You're still a god here in Brooklyn.