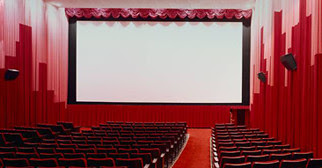 Via Netflix have watched so far:

Lone Star
Bringing Up Baby
Down to the Bone
Kiss me Kate
Fast, Cheap and Out of Control
Sweetie

Nibbling at Netflix
Netflix ninny
Posted by Tim Connor at 9:58 PM No comments:
Email ThisBlogThis!Share to TwitterShare to FacebookShare to Pinterest

When the hunter does the cooking 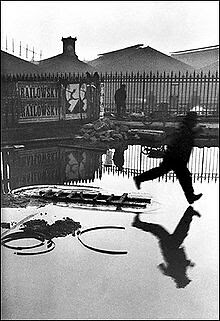 "Behind the Gare St. Lazar," Henri Cartier-Bresson, All rights reserved

The great Henri Cartier-Bresson, apparently as good at concocting bon mots as making pictures, once famously remarked : "I'm a hunter, not a cook." In other words, 'I shoot 'em, somebody else takes care of the rest.'

I've always wondered about this remark. OK, let's say Cartier-Bresson gives the film to an experienced lab person to process & make contact sheets. C-B marks a few frames, then turns the contacts over to editors who know good work as well as what they need for their stories. A skilled printer takes care of enlargements, which are then sized, cropped & laid out by designers. C-B gives his blessing & takes another sip of his excellent wine. Voila!

For me, shooting is always about chasing Cartier-Bresson's "decisive moment." My pictures never do more than approximate what I envision. (That's why I keep shooting.)

It's only the decisions that come after shooting (the cooking) for which I am able to feel truly responsible. Those decisions -- hundreds of them -- are completely in my control.

Right now I'm at work selecting & presenting a set of my pictures for a contest. It's a form of self-torture. Issues of self-esteem arise (maybe I should say self-hatred). Deep-seated fears of inadequacy threaten to paralyze. Despite my best efforts, my fears morph into fantasies of bias & corruption on the part of the judges & a kind of childish anger that there is no perfectly realized picture, no perfect justice.

I wish I could be just a hunter.
Posted by Tim Connor at 12:07 AM 2 comments:
Email ThisBlogThis!Share to TwitterShare to FacebookShare to Pinterest 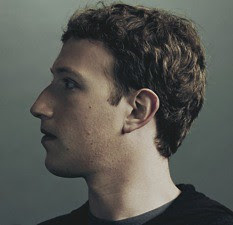 After a recent series of interviews with Mark Zuckerberg, the co-founder of Facebook, Jose Antonio Vargas wrote: "Eventually, the company [Facebook] hopes that users will read articles, visit restaurants, and watch movies based on what their Facebook friends have recommended, not, say, based on a page that Google’s algorithm sends them to. Zuckerberg imagines Facebook as, eventually, a layer underneath almost every electronic device. You’ll turn on your TV, and you’ll see that fourteen of your Facebook friends are watching 'Entourage,' and that your parents taped '60 Minutes' for you. You’ll buy a brand-new phone, and you’ll just enter your credentials. All your friends—and perhaps directions to all the places you and they have visited recently—will be right there." ("Letter from Palo Alto," The New Yorker).


In Manhattan during my work day I watch other humans. Here's what I see. In public most of them seem mesmerized by small screens that they hold in their hands. They stare at these screens with unblinking attentiveness -- in the street, on the subway, in buses, on elevators, in restaurants, waiting on checkout lines, idling in cars, on benches, walking, hunched over in entryways, climbing stairs, peeing in urinals, windowshopping, pushing strollers, talking with friends, eating sandwiches... At every possible moment.

Occasionally my fellow humans move their thumbs. Sometimes they raise their screens to their ears & talk or listen (Aha! It's a phone!). You can tell by the wires going from their screens into their ears that they're listening to music or a podcast. If it's music, they sometimes close their eyes & bop to the beat. I like that. Occasionally, someone stops in mid stride & punches frantically with index & 2nd finger at his or her screen, then -- without looking up -- walks on.

A stranger to our culture would certainly conclude that something very important is happening here. I don't necessarily disagree. But why, if I'm witnessing something significant, does no one else even seem to notice? And why -- poor, sad isolato that I am -- do I not feel inclined to join in? Why do I not desire my own magic screen to keep me company all the way home?
Posted by Tim Connor at 10:18 PM 3 comments:
Email ThisBlogThis!Share to TwitterShare to FacebookShare to Pinterest
Newer Posts Older Posts Home
Subscribe to: Posts (Atom)