Robert Rauschenberg: In the gap between art & life 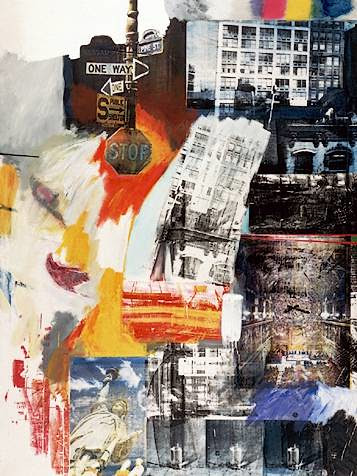 Recently, Gagosian seems to be acting more like a museum than a gallery. Last week, I saw their Robert Rauschenberg show, just half a year after catching their dazzling exhibit of Picassos, The Mediterranean Years. I'm guessing these shows are intended as artistic potlatches to demonstrate Gagosian's greater glory -- we're only expected to admire. But, really, who's complaining? All I want to do is look.

I nosed around the web for info about Rauschenberg. A critical consensus calls him a rebel for, as one writer put it "...his rejection of the angst and seriousness of the abstract expressionists." That may be true (I don't know the history of the art wars during that period). Then again, it could be just the critic's version. After looking at his stuff, it strikes me that Rauschenberg doesn't seem like a guy to categorically "reject" anything. Instead, he may have gone in his own direction as naturally as a bird goes south for the winter.

It is true that, if abstract expressionists aimed to infuse paintings with spiritual truth ("the unconscious," to be found within each artist), Rauschenberg's pieces run ineluctably in the opposite direction. He called what he did working in "the gap between art & life." In practice that meant radical inclusion -- intake -- the continuous, open-ended transformation of "the mess of life" into art. 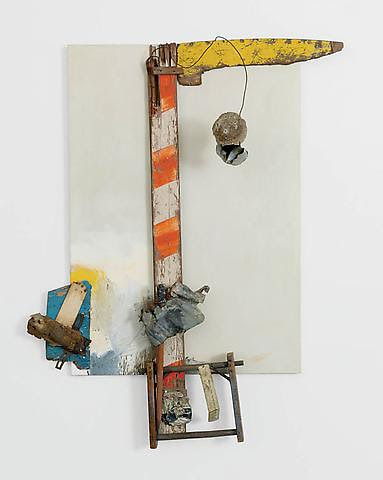 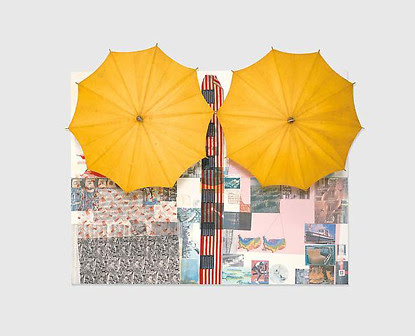 Walking around the show I opened my notebook & started writing down what I saw. Here is an unsystematic sampling.

Quoted for this show, Rauschenberg said, "...If I can possibly show to anyone that the world belongs to them, to each person, then the work is successful."

Amen
Posted by Tim Connor at 11:27 AM No comments:
Email ThisBlogThis!Share to TwitterShare to FacebookShare to Pinterest 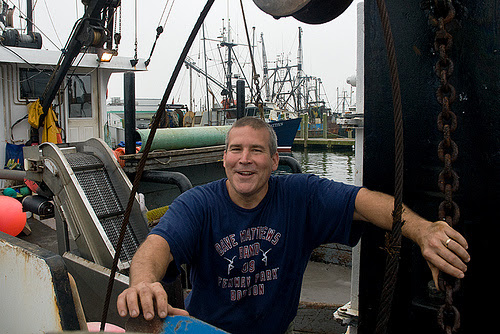 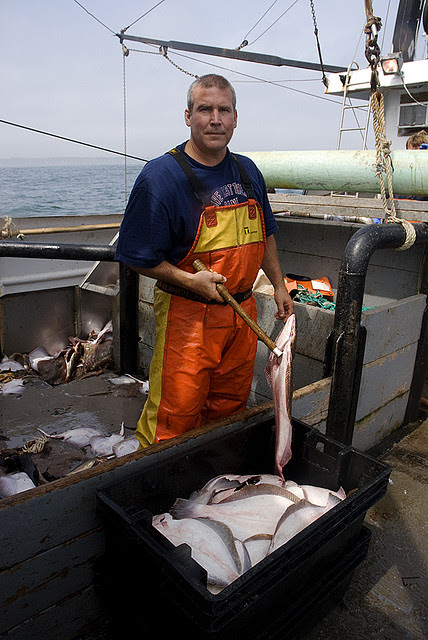 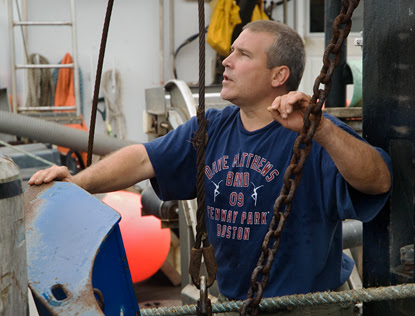 "Steve Arnold, 3 views," Tim Connor, All rights reserved
Posted by Tim Connor at 12:16 AM 1 comment:
Email ThisBlogThis!Share to TwitterShare to FacebookShare to Pinterest

Where is your mind? 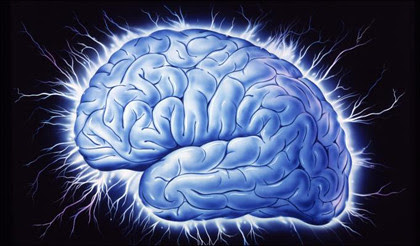 In this article the author asks, "Is it possible that... some of the activity that enables us to be the thinking, knowing, agents that we are occurs outside the brain?" Could, for example, "...iPhones, BlackBerrys, laptops and organizers ... sometimes be best seen as bio-external elements in an extended cognitive process: one that now criss-crosses the conventional boundaries of skin and skull?"

It's a fascinating argument. Read it at "Out of Our Brains" by Andy Clark. There's even a Pixie's video.

Posted by Tim Connor at 9:27 PM No comments:
Email ThisBlogThis!Share to TwitterShare to FacebookShare to Pinterest 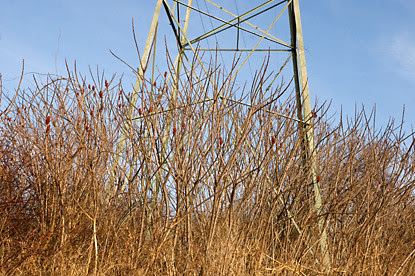 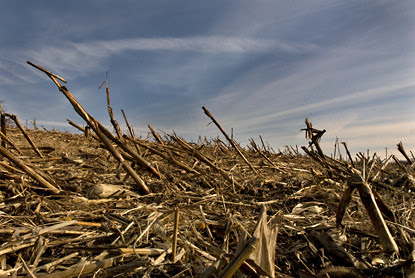 Tim Connor, All rights reserved
Posted by Tim Connor at 10:36 PM No comments:
Email ThisBlogThis!Share to TwitterShare to FacebookShare to Pinterest 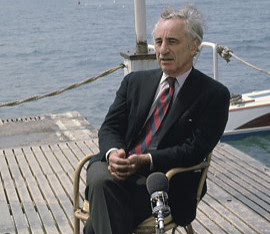 "Elia Kazan at Cannes," courtesy The New Yorker
My suggestion: read this aloud.
"A dying race call them what you will: romantics, eccentrics, rebels, Bohemians, freaks, harum-scarum, bobtail, Punchinello, odd-ducks, the out-of-steps, the queers, double-gated, lechers, secret livers, dreamers, left-handed pitchers, defrocked bishops... the artists, the near artists, the would-be-artists, the wanderers, the would-be wanderers, the secret wanderers, the foggy-minded, the asleep on the job, the loafers, the out-and-out hobos, the down and out, the grifters and drifters, the winos and boozers, the old maids who don't venture to the other side of their windows, the good for nothings, the unfenceables, the rebels inside, the rebels manifest..."
-- Elia Kazan, from a letter to Tennessee Williams
Posted by Tim Connor at 12:17 PM 3 comments:
Email ThisBlogThis!Share to TwitterShare to FacebookShare to Pinterest 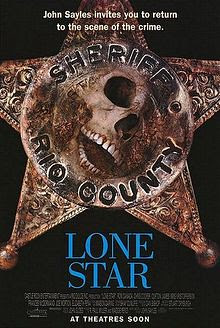 With his 1996 movie, Lone Star, writer/director John Sayles may have tried to juggle one -- or two -- too many subplots, but the audacity of his ambition makes us buy it. Our most literary film artist, Sayles intends his interweaving stories to tell a larger overarching story -- about a community, not just its individuals. Lone Star is set in a sleepy Texas border town, where everyone falls into one of three groups -- anglo, Mexican or black. The film's murder mystery & love story bring out ethnic tensions in these characters but also their deep connections.

For me, the best thing in Lone Star is the strongest of those connections -- the love story between anglo sherriff Sam Deeds (Chris Cooper) & Mexican school teacher Pilar Cruz (Elizabeth Pena). After many years away, Sam has returned to town to take over his father's old job. Pilar is now a widow with two teen-aged children. Gradually, we learn that Sam & Pilar were once passionate teenage lovers, that they were violently separated & kept apart by their respective families, eventually resulting in Sam's self-exile. Now they're free to do what they want.

We watch their tense middle-aged re-courtship. As Sam, Cooper is tall & lean & slow-moving (by the time he has taken off his Stetson, blocked it in his big hands, & put it back on, another actor would be done with the scene). But he's anything but relaxed. His long lugubrious, unhandsome face ticks back & forth between hard-won control & a kind of desperation as he tries, politely, to communicate his feelings to Pilar. Pena's Pilar, on the other hand, makes no attempt to hide her caroming feelings. She's a proud & beautiful woman in her prime, making her way in a small town with no eligible men, & she's lonely. But she's also still angry at Sam.

When Sam & Pilar finally make love near the end of the film, all their longing & regret, going back years, seems to explode. A short scene, it shows us heads & shoulders only, filmed from above. We're unable to see Sam's face, only Pilar's as she moves on top of him. We think we're watching a sedate version of the sex act-- cable but not HBO -- & then Pilar cries out; her orgasm surges through her face, again & again, more powerfully each time, leaving her gasping, her features smoothed-out, happy in Sam's arms. It's quite a moment. And not just because it's sexy (which it is).

Not long afterward, we learn the real reason Sam's & Pilar's parents kept them apart as teenagers (hint: it's not racism). In fact, it's a shocker worthy of Bunuel. But what do these two star-crossed lovers do with this dire revelation? They flip it aside. They laugh & reach for each other

I loved this movie.
Posted by Tim Connor at 10:57 AM No comments:
Email ThisBlogThis!Share to TwitterShare to FacebookShare to Pinterest 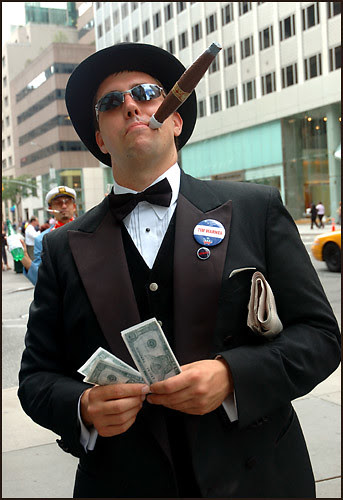 Bernie Sanders of Vermont told the truth on the floor of the U.S. Senate today.

It made me ashamed of the President & Democrats who have done nothing but backpedal & grin, trying to placate the Republican bullies. Why can't the Dems stand up & tell the truth too? I believe the middle class would rally around them.
Posted by Tim Connor at 11:13 PM No comments:
Email ThisBlogThis!Share to TwitterShare to FacebookShare to Pinterest
Newer Posts Older Posts Home
Subscribe to: Posts (Atom)