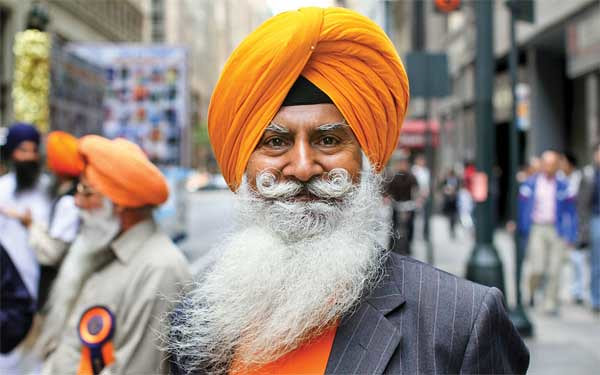 Just a week after its publication, Brandon Stanton’s photo book, Humans of New York, jumped to number one on the Times best-seller list. To make the book, Stanton walked all five boroughs (but mostly Manhattan) with his camera, approached people he found interesting, started up conversations and asked to take their pictures. Not only did the people agree, they opened up for surprisingly unguarded portraits; many also gave Stanton intimate quotes for attribution, as though he was a trusted friend.


Does this sound like a classic New York artist’s fairy tale? Well, it is. And here comes  its modern twist: Stanton was not discovered by a John Szarkowski-style prince of taste but by millions of viewers on the internet. To become the people’s choice Stanton began showing his pictures on photoblogs and social media in 2010.  The last time I visited his “Humans of New York” (HONY) page on Facebook, it had been “liked” by 1,772,196 visitors, and each of the page’s hundreds of pictures had themselves inspired hundreds or thousands of comments.

These are astonishing numbers. What makes the pictures so popular? Certainly, Stanton’s well-made color portraits are uniformly pleasing. Straightforward and unfussy, they fill out a New York City “gorgeous mosaic” of demographic diversity with an eye for individual style and a flair for tripping the shutter at the perfect moment. Perhaps Stanton’s real gift, in fact, is his ability to create that moment – to persuade strangers to feel good about him, his project and ultimately themselves.

In addition, Stanton is a sympathetic interviewer. As he shoots, he asks big questions, such as “What is your biggest struggle?” The answers range from ironic (often very funny) quips to true attempts at self-revelation.  Later, Stanton combines his subjects’ edited answers with their pictures to create funny, swoony or sad little stories. 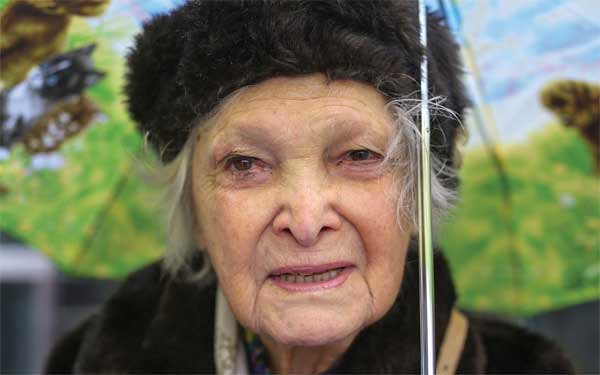 On a rainy street, for instance, he asks a mysteriously smiling young woman, “What was the happiest moment of your life?” The woman replies: “There are two. The day my baby was born, and last night.” Responding to another question, an elegant old woman in a fur hat  looks proudly at the lens and says, “When my husband was dying, I said, ‘Moe, how am I supposed to live without you?’ He told me, ’Take the love and spread it around.’ “

I’m told this collection moves many viewers to tears.  I’m guessing most of these are what people call ‘happy’ tears. Most viewers – like most of the people photographed -- seem helpless against Stanton’s optimistic charm and genuine affection.  In this book, buoyed up by his eager energy, dancers dance, lovers kiss and old grumps laugh aloud.  For a moment this friendly young man seems able to create an experience of deeply-felt community.

His style, it seems to me, embodies our cultural moment’s  ideal template for photographic portraiture. Everything is in the open. No pictures are taken without full permission. Editing and usage rights are theoretically collaborative. Recorded words are reliably accurate and respect the true context in which they were spoken. The final photographs represent a synergy of shooter and subject. Posted to the internet, they become a kind of collective.

I’m guessing that most of Stanton’s subjects felt they were posing under just such an unwritten moral contract (legal realities may be different). No doubt they felt good about it. Stanton’s wide-open, democratic style is the flip side, after all, of the rampant insecurity and paranoia that curls more and more insistently through our high-tech society – and often surfaces around photography. “That man with the camera,” we fret.  “Is he pointing it at us? Is he the government, a stalker, a pervert? Is he looking at the kids?” Such fears may be extreme, but they’re not contemptible. There’s a reason for them to exist. 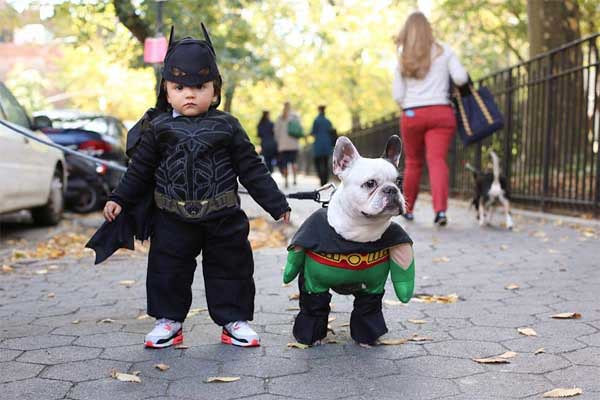 Nevertheless, as a critic, I’m concerned about this trend.  If photographers and their intentions are forced to endure such fear-driven vetting, will only feel-good, we-did-this-together projects like Stanton’s be able to thrive? I say this as a sincere fan of  “Humans of New York.” I admire its steady, non-judgmental acceptance of its subjects’ offerings. But I worry about photographers who use very different methods and mine very different veins. 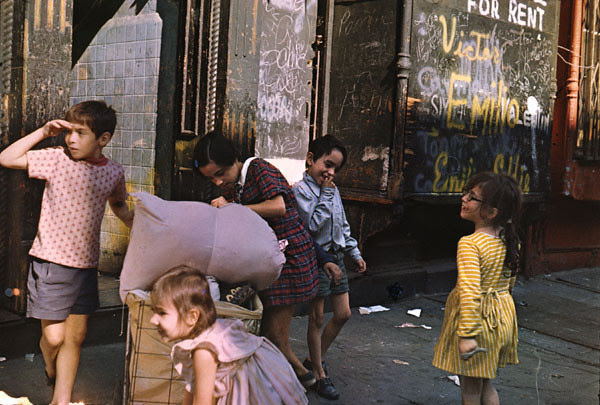 Take Helen Levitt, who died a few years ago. Regularly described as “shy and retiring,” she walked the streets of Harlem and the Lower East Side anonymously for 60 years, photographing and filming people -- most often, children – using cameras fitted with a right angle viewer, called a ‘Winkelsucher,’ that allowed Levitt to stand sideways to her actual subjects. In other words, she snuck shots in pursuit of what legendary author James Agee called “…a fleeting and half-secret world… most abundant in lyrical qualities.” 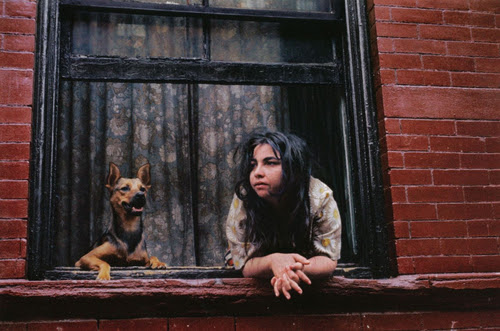 Levitt’s colleague and friend Walker Evans did something similar in his famous subway series, “Many Are Called.” With Levitt often sitting by his side, Evans rode the New York trains for weeks making exposures with a tiny camera through the buttonhole of his overcoat.  Riders among the daily mass migration rarely noticed, but there was nothing dishonest about the pictures. Looked at now, Evan’s pictures, like Levitt’s, are a triumph of humanist affirmation. 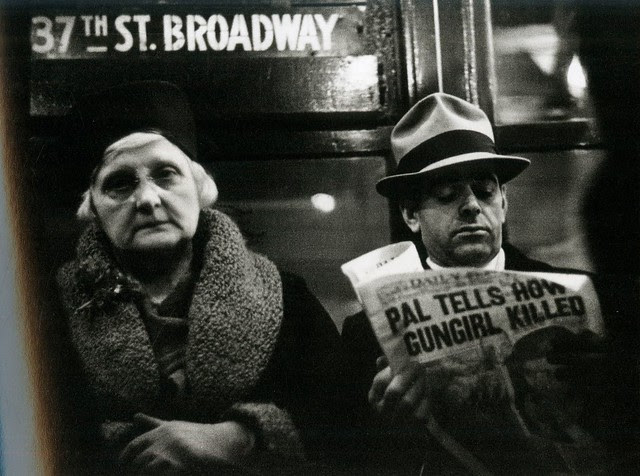 "Many Are Called," Walker Evans, All rights reserved

Does “Humans…” give us a truer look at New Yorkers than the street portraits of the past or today's by other photographers?  I’d say it gives us another kind of look – a familiar modern look, balanced on the tightrope between disguise and revelation. Call it a social media look.  My recommendation is: If you can’t afford the book, at least check out the website (humansofnewyork.com). It may be the first big mainstream collection that takes for granted the facebook selves – at once pleading and performative – that we willingly reveal to our linked-up world.

This review also appears in The New York Photo Review

Posted by Tim Connor at 9:42 PM 7 comments:
Email ThisBlogThis!Share to TwitterShare to FacebookShare to Pinterest

Here is some gorgeous rhetoric by author Lee Billings from his book, Five Billion Years of Solitude, reviewed in this week's New York Times Book Review. This passage was chosen by Dennis Overbye, the reviewer.

"A planet becomes a vast machine, or an organism, pursuing some impenetrable purpose through its continental collisions and volcanic outpourings. A man becomes a protein-sheathed splash of ocean raised from rock to breathe the sky, an eater of sun whose atoms were forged in an anvil of stars."
Posted by Tim Connor at 11:56 PM 1 comment:
Email ThisBlogThis!Share to TwitterShare to FacebookShare to Pinterest 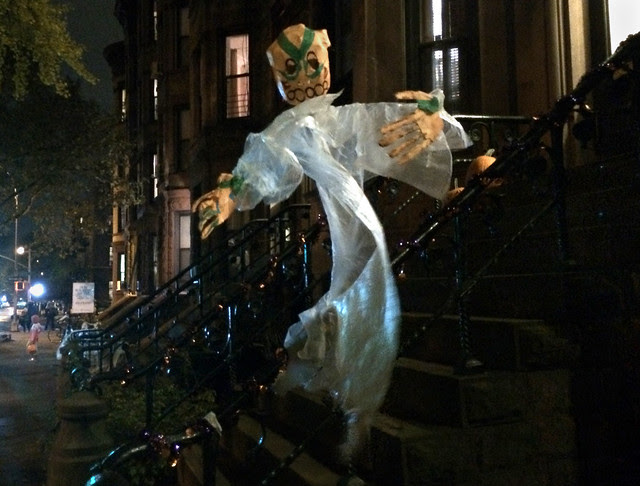 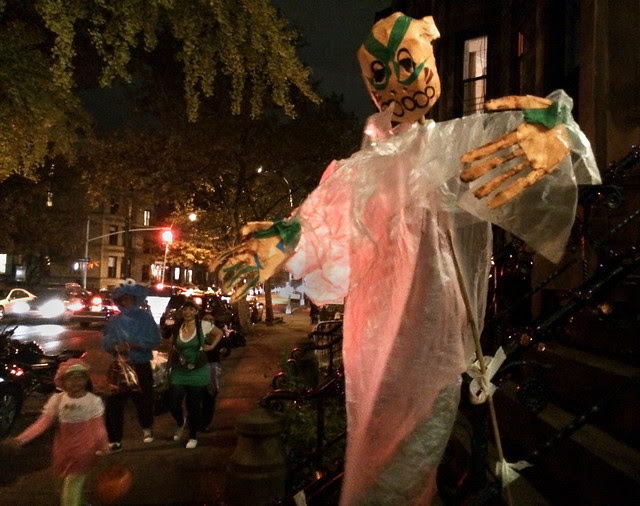 Apocalypse in miniature: Lori Nix's 'More from The City' 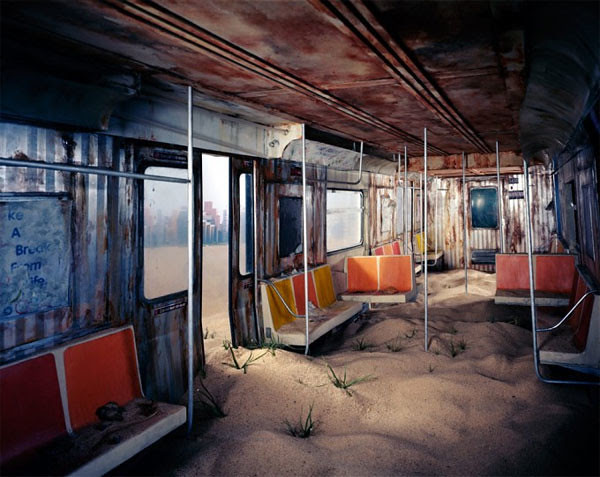 While never completely out of fashion, apocalyptic fantasy art was once the realm of disillusioned outsiders. No longer. Baying forth directly from the deep pockets of corporate high tech, today’s sleek, dystopian movies, TV, video games and other visual media now dominate our imaginative culture. At the same time apocalypse-themed fiction and nonfiction books and journalism drive much of our intellectual discourse. No civilization has ever been more thrilled by its own demise.

Photographer Lori Nix’s end-of-the-world show, “The City,” at Clampart covers this familiar territory but not without staking out its own brand of modesty and wit. A self-proclaimed “danger and disaster” artist, Nix admits to being “fascinated, maybe even a little obsessed, with the idea of the apocalypse.” Her show imagines a New York City in which all humans have been suddenly terminated, leaving behind only their objects and buildings. This “post-human” metropolis is depicted in large color prints of iconic public spaces — a library, a shoe store, a Chinese take-out restaurant, etc.

Nix’s works are first constructed as scaled-down dioramas (about five-feet-long) and then photographed with an 8 X 10 view camera and printed from the negatives. To create, assemble and record each diorama takes Nix and her partner, Kathleen about seven months. In the process the two women meticulously build and paint an astonishing variety of miniature objects – from pool tables to encyclopedias to laundromat washing machines.

The verisimilitude of the little worlds is remarkable. But Nix’s miniature power tools are, after all, not CGI and her old-school archival color printing is not Photoshop. Her interiors are sometimes flawed. Not often, and not by much, but enough so a close viewer will notice. For instance, the show’s advertising shot, a cunningly realistic B subway train, forever stalled and filling up with sand at the Brooklyn end of the Manhattan Bridge, looks across a sand-locked East River to a rudimentary stage-set drawing of the Manhattan skyline. Why not make the skyline look as real as everything else? 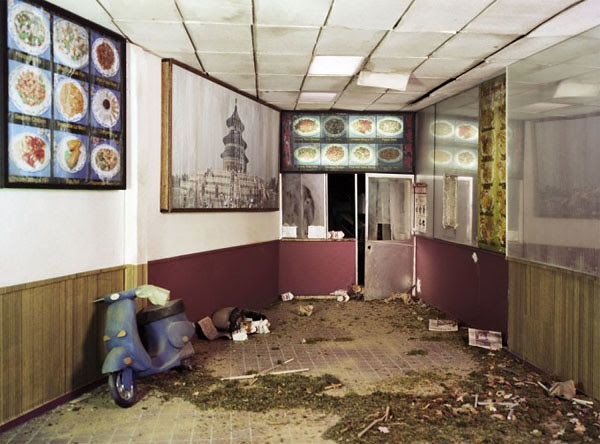 I’m guessing Nix wants her pictures to inspire awe and unease at a distance and then––as the viewer takes a closer, more leisurely view––provide pleasure and a few chuckles. Her “Chinese Take-Out” picture, for example, brilliantly conjures the formulaic elements of such places – basic store front décor, a picture of ancient temple from the old country, standard OSHA “First aid for choking” poster and two sets of what-you-see-you-get food photos of General Tso’s Chicken, Vegetable Lo Mein and other dishes, identified in Mandarin and English. The fabricators have taken great pains to “distress” the interior with dirt and grime and to strew around red-stamp-labeled take-out containers and authentic-looking pages from a tiny New York Times. But when Nix places a blue delivery scooter right at the front of the room, it’s impossible to miss that it’s a child’s toy. And, look, what’s that sneaking through the open kitchen door? It’s a stuffed red fox. Should I be surprised when a quick Google search reveals that – according to Chinese tradition — the fox is a signal from the spirits of the dead? 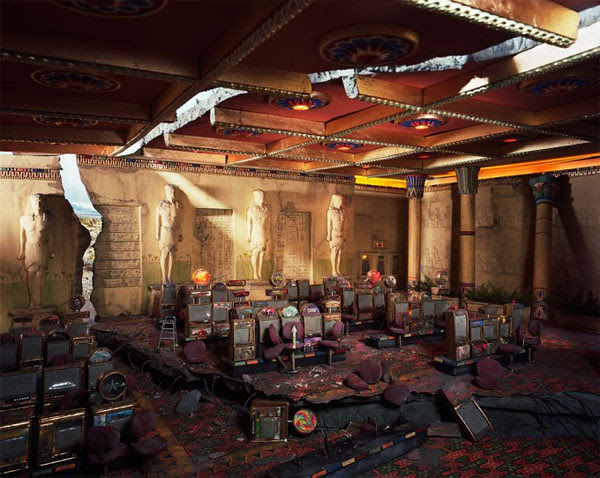 I don’t think so. After scheming and tinkering for over half a year on these pint-sized replicas, I imagine very little – if anything – has been missed. What’s more, the playfulness turns up in the other pictures, too. For instance, in “Space Center,” imagined as a once proud, now desolate museum of human flight, two hawks are busily nesting in what’s left of a Mars Rover. In “Casino,” the ceiling is torn open like a tomb to reveal cheesy replicas of dynastic Egyptian guardian statues standing against walls covered with hieroglyphics. The floor is filled with rusting slot machines that bear names like “Strike It Rich.” One of them is called “Doomsday.”

I’m glad that Lori Nix is making pictures of disaster we can really look at. With its low-tech craft and slow-dawning gags her work feels personal – to her and to us. We are invited into a very still, and sad — and undeniably ridiculous — made-up world. It occurs to me this may be a better place to contemplate human folly than shoulder to shoulder with a movie star as he mows down zombies.