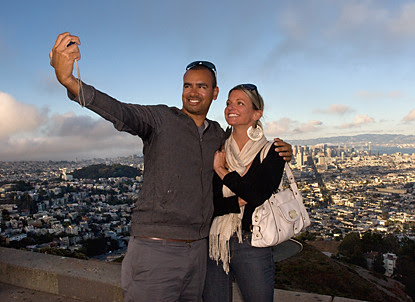 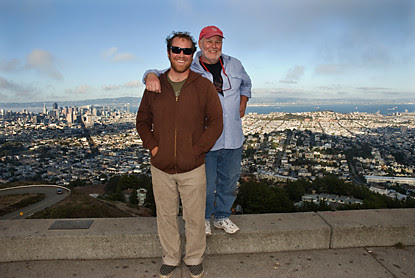 "A boy & his uncle (Dennis & Ted)," Tim Connor, All rights reserved
Posted by Tim Connor at 10:30 PM No comments:
Email ThisBlogThis!Share to TwitterShare to FacebookShare to Pinterest 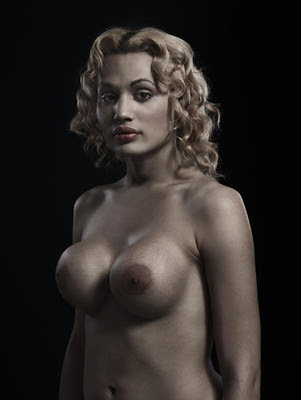 Though we might sometimes wish otherwise, most people go to photography shows for the subject matter. Thus, it's probably a safe bet that "A New Kind of Beauty" -- Phillip Toledano's nude and semi-nude portraits of men and women who have opted for extensive plastic surgery -- will draw big crowds at Brooklyn's Klompching Gallery. What's questionable is whether the gawkers will get what they came for. 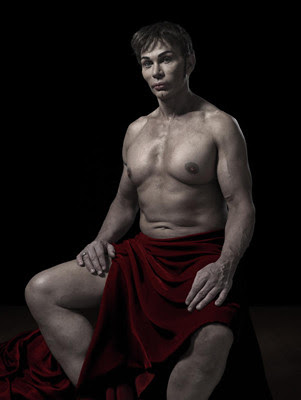 It's probably an answerable question. According to Wikipedia,"Nearly 12 million cosmetic procedures were performed [in the U.S.] in 2007, with the five most common surgeries being breast augmentation, liposuction, nasal surgery, eyelid surgery and abdominoplasty. The increased use of cosmetic procedures crosses racial and ethnic lines in the U.S., with increases seen among African-Americans and Hispanic Americans as well as Caucasian Americans. In Europe, the second largest market for cosmetic procedures, cosmetic surgery is a $2.2 billion business. Cosmetic surgery is now very common in countries such as the United Kingdom, France, and Germany. In Asia, cosmetic surgery has become an accepted practice; currently most widely prevalent and normal in South Korean society... "

Quoted in one of the press clips on Klompching's site, Toledano imagines the trend going much further : "We're looking at a new stage of human evolution," he says. "Twenty years ago, getting your tongue pierced or having a full arm tattoo was considered outrageous, but now they're commonplace, and perhaps the same thing will happen with plastic surgery ... Perhaps we could even say a new species of human is evolving, the Homo Plasticus. "
Posted by Tim Connor at 11:53 AM No comments:
Email ThisBlogThis!Share to TwitterShare to FacebookShare to Pinterest 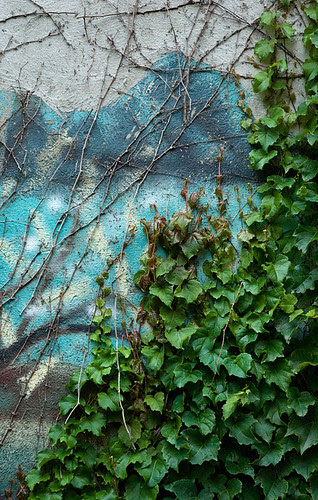 Another one from Annie's Garden series.

Posted by Tim Connor at 12:13 AM No comments:
Email ThisBlogThis!Share to TwitterShare to FacebookShare to Pinterest

At my 45th high school reunion 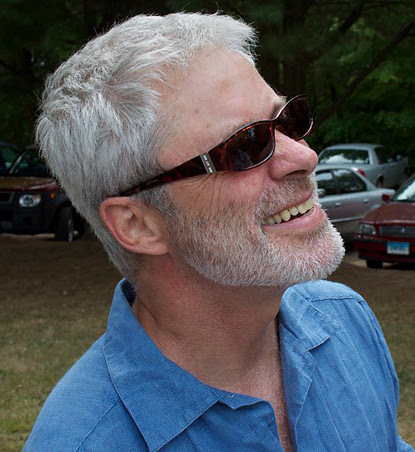