These 2 show my brother Ted a few weeks ago at the beach near his home in Santa Cruz, CA. 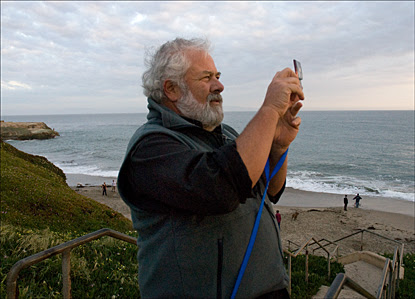 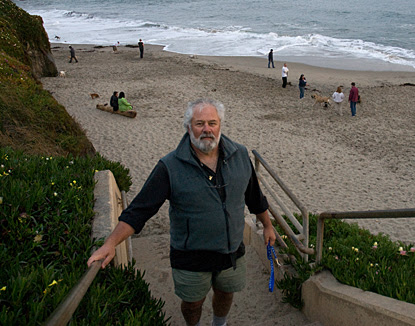 "Teddy at the dog beach," Tim Connor, All rights reserved
Posted by Tim Connor at 11:03 PM 2 comments:
Email ThisBlogThis!Share to TwitterShare to FacebookShare to Pinterest

The two photos below inspired a post by the witty & industrious Michael David Murphy on his whileseated site. He imagines an installation of life-sized, distortion-free photographs of the fading mural in a nearby gallery "free and clear of the elements."

I remembered the one-paragraph Borges' story about an empire in which the science of cartography has become so exact only a map on a one-to-one scale with the empire itself will suffice. The story ends, "...succeeding Generations… came to judge a map of such Magnitude cumbersome... In the western Deserts, tattered Fragments of the Map are still to be found, Sheltering an occasional Beast or beggar..."
Posted by Tim Connor at 12:57 AM No comments:
Email ThisBlogThis!Share to TwitterShare to FacebookShare to Pinterest 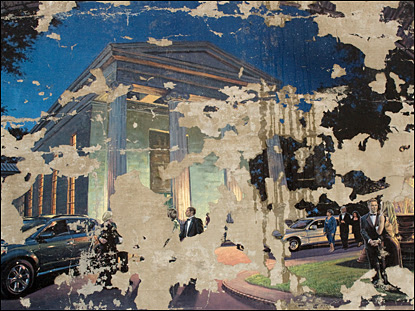 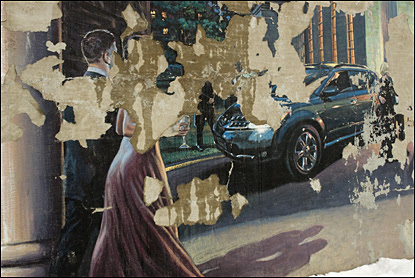 To get a notion of where this mural's dilapidated (& , frankly, absurd) vision of triumphant wealth came from, try this Wikipedia entry about Newburgh's recent history.

Posted by Tim Connor at 11:39 PM 2 comments:
Email ThisBlogThis!Share to TwitterShare to FacebookShare to Pinterest

Entrance of the brown lady 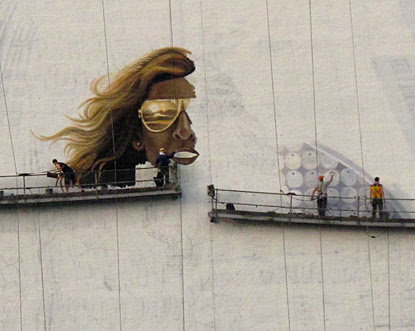 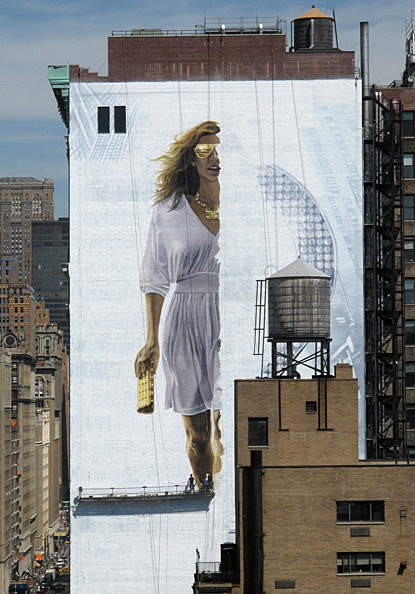 I'm told this will be the ad for "Sex and the City II."
Posted by Tim Connor at 11:26 PM 2 comments:
Email ThisBlogThis!Share to TwitterShare to FacebookShare to Pinterest 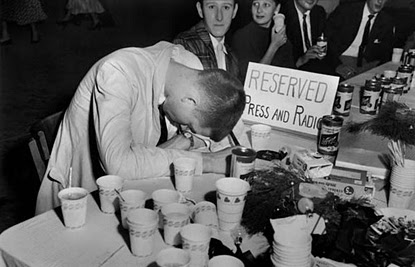