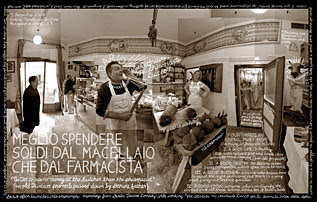 We celebrate iconic photographs that seem to encapsulate an event or era, but in fact they almost never do. Dorothea Lange's wonderful portrait of a migrant mother & two daughters from the Depression, for example, was true to the moment in which it was made; but the passage of time has turned it into a kind of history-lite icon for modern viewers. Lange's picture is only one facet of a complex reality, and most of us know it; but her unforgettable image becomes a compact takeaway version of the Depression that's hard to resist. We allow this perfectly defined moment -- worried mother, unhappy kids -- to stand in for the whole.

In the same way, pictures of our ancestors in the family album-- posed unsmiling in their Sunday best against studio backdrops or the old homestead -- misleadingly suggest lives devoid of laughter or passion. Do we really believe that everyone born before cheap, universal photography became available was frozen & grim ? Probably not, if we think about it. Yet we tend to accept these likenesses as true representations of their world.

Douglas Gayeton confronts this problem in his series, "Slow: Life in a Tuscan Town," showcased in an exhibition, reception & book signing this Monday (Nov. 2) at Clic Gallery, 255 Centre St. (corner of Broome). How can a single unchanging image on paper represent ceaseless changes over time? How, especially, can moment-freezing photographic "glimpses" convey Gayeton's subject --"slow life..." the myriad, small-scale, subtle changes & behaviors that add up to life in a traditional rural Italian village? The way of life Gayeton seeks to record follows unchanging cycles, yet is endlessly improvisatory. It is hundreds, maybe thousands of years old -- and may disappear within the decade. How can Gayeton make us see this as a potential tragedy & not as just another earthy/exotic variant of the "family of man?" 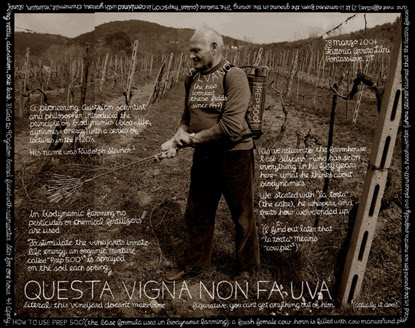 Gayeton is hardly the first to try to use, & at the same time, springboard from, the literal realism of the still photograph. From its invention, photographers felt limited by the medium & sought to expand the form . Pictures sought to conquer time with lantern slides & zoetropes -- which ultimately became film. Magazines -- most notably Life -- combined carefully edited & captioned pictures with journalistic text to create seamless narratives that had a beginning, middle and end. Going in the other direction in their paintings, Picasso, Braque & the Cubists broke narratives into multiple viewpoints, perspectives & sizes -- exactly like the output of a typical day with a camera.

Today, artists like Duane Michaels, Paul Graham (who I wrote about here) and dozens of others continue to use unphotoshopped images to tell -- & subvert -- stories. 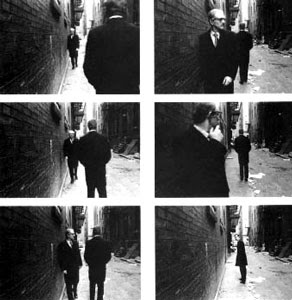 Gayeton's solution is what he (ambitiously) calls "flat film." The technique -- which often combines key images over time from a variety of viewpoints with text that records its own layers of space & sequence -- is charmingly explained in this video. For the critic it remains only to judge whether the method is successful.

I'd say it is, but with reservations. This show should be seen for its intimate pleasures as well as its satisfying scope. Gayeton has broken down the wall of strangeness that usually rises between photographer and subject and placed us, the viewer, directly into a world we would otherwise never enter. At the same time he has managed a much larger view & made it clear that we lose this world at our peril.

My reservations: It may be good marketing to link Gayeton's work with the Slow Food movement (the book's introduction is by Alice Waters); but the association may also misrepresent the work. Anti-standardization or not, slow fooders necessarily deal in propaganda, &, to be effective, propaganda must always deal in cliches or near-cliches. Thus we have a rich sepia tone on every image in this series -- as though their elegiac, past-in-present quality might be missed. Similarly, Gayeton's written commentary on the photos -- a witty English-Italian mix of quotes, nicknames, birth dates, overheard anecdotes, recipes, directions to out-of-frame sites of local interest & so on -- is rendered in schoolboy cursive, every letter meticulously & slowly made. Is this really necessary? 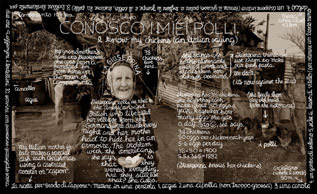 Similarly, I can't avoid recording my frustration with the amount of text covering some of these photographs. Witty or not, the writing sometimes blocks the information, not to mention the beauty, one can get from the pictures alone. Gayeton's pictures are stunning in their own right. To me at least, they are as moving a testament to the vanishing way of life he loves as anything he or anyone could write. Couldn't some part of the text, I kept wondering, have gone elsewhere?
Posted by Tim Connor at 11:20 PM 1 comment:
Email ThisBlogThis!Share to TwitterShare to FacebookShare to Pinterest

A walk in Jersey 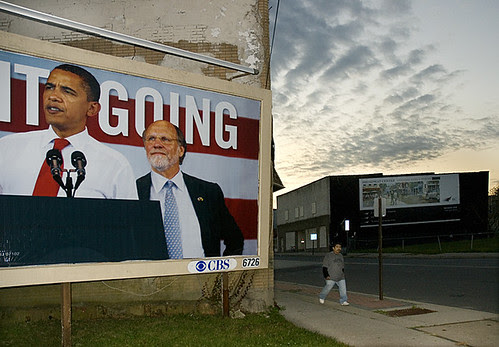 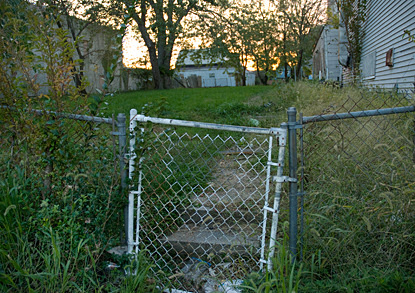 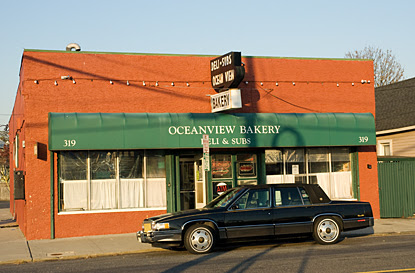 These are not the kind of pictures people make a big deal over, but sometimes I like that.
Posted by Tim Connor at 11:03 PM 2 comments:
Email ThisBlogThis!Share to TwitterShare to FacebookShare to Pinterest

"Hour of the Wolf"

Remember Bergman movies? I saw nearly every one he made -- up to the year 1969 -- at my college film society. Like some French films, Bergman's sometimes relied on lots of heavy talk. If you didn't know Swedish, this could become boring, even silly -- actors moving their lips, making strange, incomprehensible sounds. But some of the images (by the great Sven Nykvist) are stamped on my brain. As is, for some reason, the tagline for American distribution of the film: "Vargtimmen: The Hour of the Wolf-- the hour between night and dawn. It is the hour when most people die. It is the hour when the sleepless are haunted by their deepest fear, when ghosts and demons are most powerful. It is the hour when most babies are born"

In 1968, when "Hour..." came out, Bergman was still shockingly transgressive to an American. The nudity in his films was matter of fact when U.S. films -- if they included it -- couldn't resist making it a big deal. What's more, the naked bodies were often frankly sexual, filmed directly without fancy cutting or swirling music -- as though sex was like any other act portrayed in the narrative. There was a similar frankness about subject matter -- adultery, war, illness, violence, madness, death -- as though these, too, were not -- as U.S. movies would have it -- exceptional, but, sufficient triggered, simply the way things are.

Thanks to The Ingoing, where I stumbled across this clip.
Summary & information about Hour of the Wolf.
More about Ingmar Bergman.

Posted by Tim Connor at 9:57 PM No comments:
Email ThisBlogThis!Share to TwitterShare to FacebookShare to Pinterest 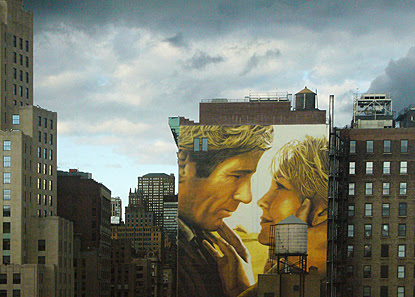 "Love in the afternoon," Tim Connor, All rights reserved

This picture won 1st prize in a contest at my work place. The category was cityscape.

This picture came in third in another category -- portrait. 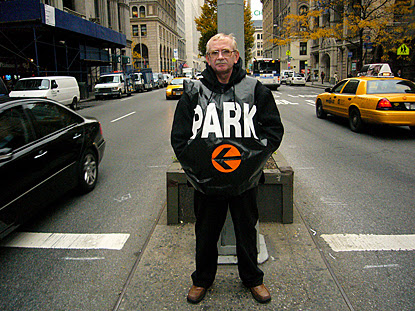 It's been a long time since I posted. I will try to do more.
Posted by Tim Connor at 9:03 PM 2 comments:
Email ThisBlogThis!Share to TwitterShare to FacebookShare to Pinterest

"I'm tired of so much control" ... But I'm tired of so much control. I want to fuck up and not be able to do anything about it. Because I will either get tired of not making better decisions (in the frame, in the exposure, in the content, whatever) or I will be satisfied with whatever image rears its head and begin looking for something new in what I left for myself. "

From The Ingoing , an artistically honest & erotically edgy blog by Traci Matlock & Ashley Maclean.
Posted by Tim Connor at 12:17 AM No comments:
Email ThisBlogThis!Share to TwitterShare to FacebookShare to Pinterest
Newer Posts Older Posts Home
Subscribe to: Posts (Atom)