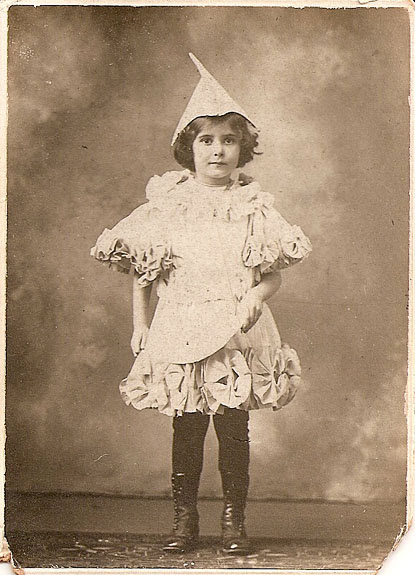 "All photographs are memento mori. To take a photograph is to participate in another person's (or thing's) mortality, vulnerability, mutability. Precisely by slicing out this moment and freezing it, all phtographs testify to time's relentless melt...A photograph is both a pseudo-presence and a token of absence."

Susan Sontag
On Photography
Posted by Tim Connor at 5:29 PM No comments:
Email ThisBlogThis!Share to TwitterShare to FacebookShare to Pinterest 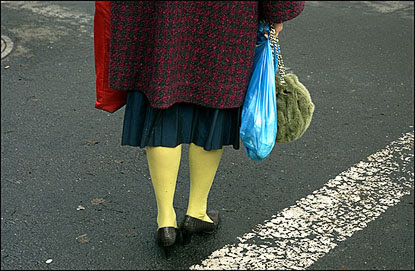 I've signed a contract to do an Arts for Transit lightbox show in a tunnel below MTA's Atlantic Avenue station! The show will be 8 of my images from Brooklyn neighborhoods printed on duratrans film & mounted in 45" x 66" lightboxes. We've decided on the pictures but are still banging around names. Installation date is also still to be decided.

Wow. I'm not going to even mention Jeff Wall, but I have always loved lightboxes. I shot slides almost exclusively for years -- even though they had a much smaller exposure range than color neg -- just because I thought colored light through film was the prettiest thing on the planet. And I have never made a print anywhere near the size of these boxes!

For those of you who don't know, the B,D,M,N,Q,R,2,3,4 & 5 trains meet in the Atlantic Ave.-Pacific St. station & there is a major connection to the Long Island Rail Road. They tell me 10,000 people pass through this tunnel during rush hour; in a year 3 million come though.

More later, obviously. I finally believe this is actually going to happen, so I'm spilling the beans.
Posted by Tim Connor at 10:30 PM 14 comments:
Email ThisBlogThis!Share to TwitterShare to FacebookShare to Pinterest 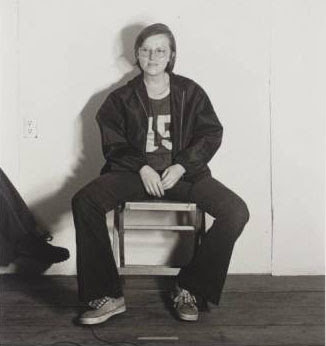 "From 'Bus riders,' 1976," an early series of fictional self-portraits by Cindy Sherman

The real question is: Are the headline-writers at Newsweek brain-dead?

In the December 10th piece Peter Plagens sounds a frantic alarm about the threats to photography posed by digital technology. Unless something is done, he warns, viewers won't believe photographs are true! "By now," he writes, "we've witnessed all the magical morphing and seen all the clever tricks that have turned so many photographers—formerly bearers of truth—into conjurers of fiction ...The medium seems to have lost its soul..."

The reader can only ache for the fallen bearers of truth. Can only pray that someday they find the strength to say no to the soulless snake called Photoshop -- whose many-hued snares are delusion. That they turn back from "photography's flight into fable" & walk again the straight & narrow road of Photo Truth.


Posted by Tim Connor at 12:01 PM 2 comments:
Email ThisBlogThis!Share to TwitterShare to FacebookShare to Pinterest

Who is Warrington Colescott? 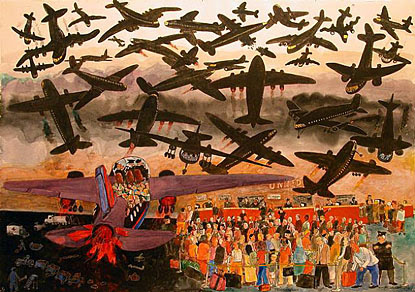 I never heard of him before today. Warrington Colescott is a painter. A social satirist. Born (1921) & raised in California. Art professor for many years in Wisconsin. That's all I could find out in a cursory google search. I was skipping around the internet trying to add to the little I know about landscape photography. I was looking for a picture I once saw by Edward Muybridge & found this: 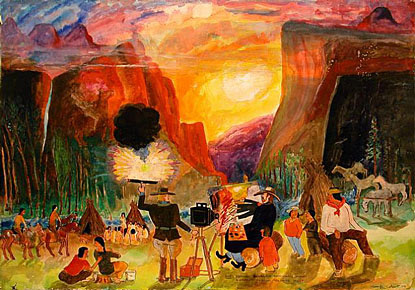 A few notes on the picture: As a protege of Leland Stanford, Muybridge later became famous for his motion studies of running horses, considered to be key precursors of cinema. Alfred Bierstadt was a flamboyantly romantic painter whose huge wall-sized paintings depicted Yosemite & other Western landscapes as the New Eden. The Indians surrounding Muybridge & Bierstadt are natives of Yosemite. These Indians were repeatedly evicted from the valley & their villages burned to establish a place where "man is only a visitor, and human beings don't belong." 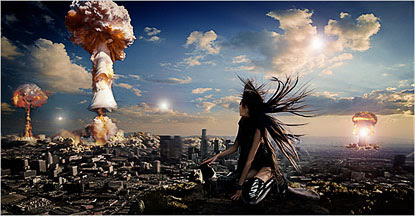 Is fashion photography art? Yes, according to yesterday's Times' piece "Work With Me, Baby", at least as defined by Art Basel Miami Beach, the annual trade fair now underway in Florida. For sale this year in a special gallery, fashion work has earned its cred as "...a valuable cultural product that belongs in the pantheon of art history,” according to Joshua Holdeman, director of the photography department at Christie's.

Fair enough. To tell you the truth, I don't really care. The only reason I'm posting this is because I like the boom-goes-megacity picture above so much. Question: Is it an ad to sell boots or hair products? And while we're at it: How cool is it that one of the mushroom clouds is an actual mushroom?
Posted by Tim Connor at 5:05 PM No comments:
Email ThisBlogThis!Share to TwitterShare to FacebookShare to Pinterest

Wash your hands frequently & maybe you won't get it.
Posted by Tim Connor at 11:12 AM 1 comment:
Email ThisBlogThis!Share to TwitterShare to FacebookShare to Pinterest 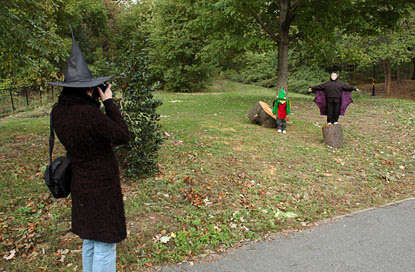 "Witch mom dragon vampire snapshot," Tim Connor, All rights reserved
Posted by Tim Connor at 12:04 AM No comments:
Email ThisBlogThis!Share to TwitterShare to FacebookShare to Pinterest 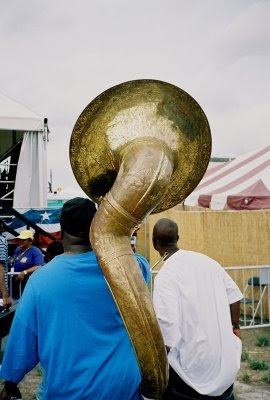 One of my favorite blogs is Willam Greiner/New Orleans + Katrina + Beyond. Not only because Greiner's photos knock me out (they're like potent little zen satoris in color) but also because his blog is a window into a place I want to know about -- one that seems strangely absent from the national conversation. I mean post-flood New Orleans.

Greiner was born, raised & lived most of his adult life there. Like thousands of others he was driven from the city by Katrina. Now he lives 65 miles north & west in Baton Rouge. His posts about the city that is lost/the city that might be are passionate, grieving, funny-- an insider's spicy blend of art, politics & news. And photos . There's something about this blog -- a memento mori style, kind of like a jazz funeral or maybe a New Orleans cemetery -- that hints at the Big Easy spirit Greiner & so many others hope is indestructible. 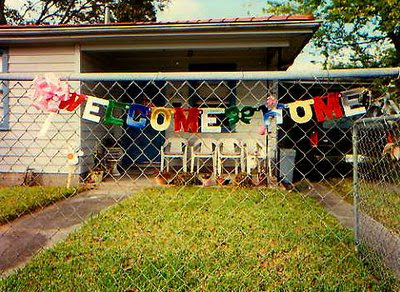 In today's blog post Greiner links to a story in the Times-Picayune about the launch of Brad Pitt's $12 million "Make It Right" project to rebuild the Lower 9th Ward. It's a interesting story (locals are "cautiously optimistic"). And, if you want some funky NOLA flavor, don't miss the 75 post-story comments from local readers.
Posted by Tim Connor at 9:55 PM No comments:
Email ThisBlogThis!Share to TwitterShare to FacebookShare to Pinterest
Newer Posts Older Posts Home
Subscribe to: Posts (Atom)