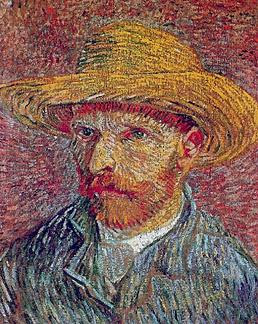 "Van Gogh and Expressionism" is heading into its final weekend at the Neue Galerie & -- my opinion -- you ought to do whatever it takes to see it if you can. For once, the show's curatorial concept, which explores "...the enormous influence of Van Gogh on German and Austrian Expressionism," is more than crit speak. You can really see it in the paintings.

Van Gogh learned how to deconstruct light & color from the Impressionists. His muscular brush strokes & emotional palette were then adopted at the turn of the century by Germans & Austrians, who were the first champions of his work. These Expressionists carried his ideas further -- to wholly subjective, emotional color, even more prominent brushwork & an attempt to "penetrate the essence of nature." In Paris, Cubism was cooling painting down, but in Germany & Austria, Expressionism was heating it up. Like Van Gogh's , the best of the Expressionist canvases in this show vibrate with conviction & feeling. 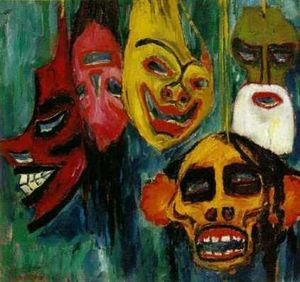 Plus -- the Neue Galerie is, to my mind, the coolest museum in New York. Set in a Fifth Avenue mansion once lived in by Mrs. Cornelia Vanderbilt III, it's certainly grand, but I think Mrs. V must have lived alone (with servants of course!). The staircases are marble & the rooms are huge, but there aren't that many of them. The paintings are on two floors -- six rooms altogether, plus hallways -- so it's possible to go through all of them in an hour or two. Afterward, you can get amazing coffee & sweet things at a Viennese-style cafe downstairs. 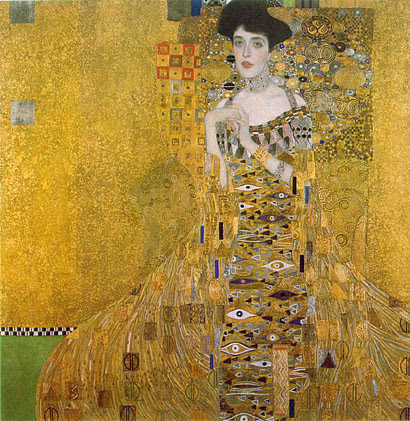 There's a lot to see on those two floors, including the gold-leaf-covered Klimt portrait of Adele Bloch-Bauer (above), called "the most expensive painting in the world" after it sold in 2006 for $135 million. There are some very famous Van Goghs -- on loan from the Van Gogh Museum in Amsterdam -- & some that you've probably never seen before. To me, with my limited knowledge of painting, the Germans & Austrians -- Emil Nolde, Ernst Ludwig Kirchner, Karl Schmidt-Rottluff, Max Pechstein & others -- are a revelation.

A confession: at painting shows I love to lean close & mentally/visually surf the paint strokes. Completely absorbed, I can do this for a long time, amazed at how intricate the painting is -- how bold & confident. I realize this is absurd, a kind of imaginary painting-- like playing air guitar while listening to Eric Clapton -- but after all, I'm a fan, not a player. It was a weekday so I got to do this as long as I wanted, step back, step close, my eyes no more than two feet from the gorgeous surfaces of paintings I truly adore. It was that intimate, that uncrowded. Neue Galerie is across from the Met, only a few streets uptown (on 86th), but it hasn't been discovered yet by the tourist hordes(I can't vouch for the weekends). The guards, however, as you can imagine given the wealth in the room, are not your usual sleepy types, so don't try to step over the black tape line in front of the paintings or try to take a picture.
Posted by Tim Connor at 9:30 PM
Email ThisBlogThis!Share to TwitterShare to FacebookShare to Pinterest